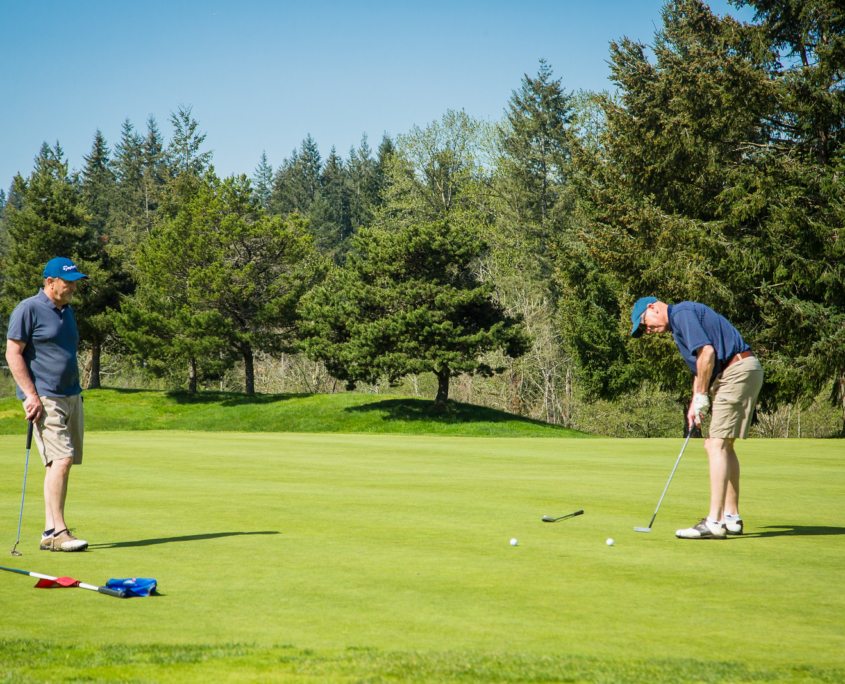 For more information on the instruction offered at The Golf Club at Echo Falls, call the Golf Shop at 360 668 3030.

Echo Falls is proud to offer individual lessons, group instruction and clinics to help take your game to the next level. Lessons are provided by PGA professionals on staff with Echo Falls Golf Club. Be sure to inquire about corporate golf clinics, which are perfect for companies who wish to utilize golf as a vehicle to entertain customers or team build within their organization.

Our instructor believes instruction should be based on accomplishing students’ goals. Students and the instructor should work together to determine what the students’ goals should be, develop an agreed upon plan, and follow that plan.

To effectively make solid contact consistently, the golfer must be in balance throughout the entire swing. The golf swing is different for each person and instructions should be given taking a golfer’s physical characteristics into consideration.

Dan Franson has been involved in the golf industry since he began caddying at the age of 10 at Southview Country Club in his home state of Minnesota. His experience spans positions at several private and public courses in Arizona and Minnesota including River Oaks Golf Club, Stone Ridge Golf Club, and Medakota Country Club. Dan earned his Class-A PGA membership in 2007 before moving his family to Washington in order to be closer to his wife’s family. Upon arriving to the area in 2009, Dan became the Assistant Golf Pro at The Golf Club at Echo Falls, later being named the Head Golf Professional at in 2011. 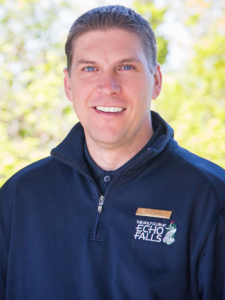 Greg started working in the golf industry after he graduated from Western Washington University in 1995. Greg’s first golf course employment was at North Bellingham Golf Course from 1995 to 2006. Greg was the Head Golf Professional at Lake Padden Golf Course. When he moved back to King County, Greg started to work at Echo Falls and Walter Hall. Greg is now the Assistant Golf Professional at Echo Falls. Greg’s teaching philosophy is to determine the goals of each student and work to fulfill their goals. His swing philosophy is to make sure that the student understands how the swing fundamentals affect their ball flight. It is important to have a consistent and simple setup in order to be repeatable. Everyone has their own unique swing so we work to develop your own simple consistent swing. 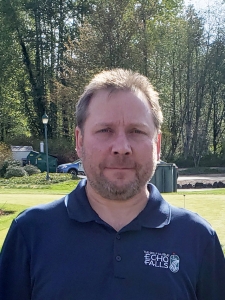